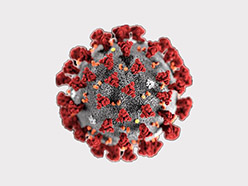 A very important part of what J-Spec does is give people a reasonably accurate estimate of the total cost involved in purchasing and importing their car. As well as the cost of the car itself in Japan there are also other costs to consider to ship the car, clear it through customs and comply it prior to registration. Although some of these costs can vary, J-Spec has many years and thousands of imported cars worth of experience and we can reasonably accurately predict most of these costs in advance, offering a landed or landed and complied estimate based on the purchase price of the car and the type of car it is. Although the estimate is just that, it is unusual for the cost of a car to be significantly more than the estimate given, and since J-Spec strives to not underestimate costs, cars can even end up being less than the estimate initially given.

For cars on our website some costs might not be 100% accurate (if for example customers are located in some states some costs might be a little different to the others) but they are usually quite close for all situations, and if customers would like a better estimate based on their situation we are happy to give it. For signed up customers whose details we know we try to give as accurate estimates as possible. Prices for compliance are listed as a rough typical guide, some cars in some states may be slightly more expensive or indeed cheaper and we can advise you of this. Some cars may not be listed including import duty if they are models manufactured in countries Australia does not hold a free trade agreement with, and again we can clarify this with.

Below is a quick rundown of the typical costs involved with importing a car and the variability of the cost estimates.

Costs not included in landed and complied estimates

These costs are typically not included as they will vary for each car, location and the choices customers might choose to make.

Ultimately, the bottom line for most customers is how accurate should they expect the estimates given to be, and what should they consider to be a worst case scenario. J-Spec tries to be as accurate as possible with any estimates given, and in fact we prefer to err on the side of caution and will usually overestimate slightly just in case. Estimates might vary by a couple of hundred dollars (and cars can come in UNDER the estimate at times), and for the estimate and actual cost to be significantly different is unusual and would only be due to rare or unusual circumstances.

Much of our customer base is from word of mouth and repeat business so we try to be honest in any estimates given and in many cases will overestimate slightly. It's not uncommon for customers to have contacted us and other importers only to be given a cheaper estimate from a competitor either on the landed cost or the likely cost of a particular car in the first place, and some people choose to go with another importer because the initial quote for the car and landed price was cheaper than ours. In those cases where people go for the cheaper quote given it's often more a case that they are being told more what they want to hear to get their business, rather than what accurately represents what the market or reality is like.